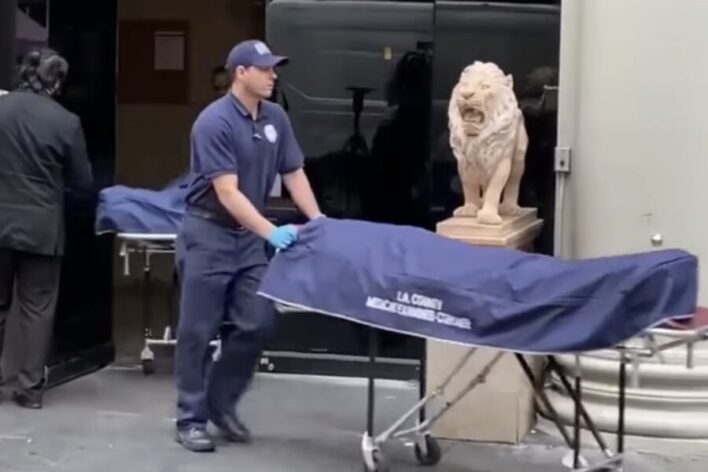 You probably heard on the news by now that crime is on the uptake in downtown Los Angeles or worse maybe you’ve become a victim of crime yourself.

While it’s true there are protection services like local police, private security guards and BID patrols we’re paying to keep us safe, crime can strike at any time, at any place. Here’s a list of ways to help you avoid becoming a victim of crime in Downtown LA – like a boss!

Out of Sight Out of Mind

Believe it or not, most criminals are pretty narrow-minded and many times spontaneous. Their impulsive actions can lead to purse grabs, and stolen cell phones mainly just because they’ve spotted it out and made up their minds in an instant that moment was the perfect time to commit a crime and make you a victim.

Instead of carrying your cell phone or purse out in the open, why not use ear phones and keep your phone in your pocket and use a backpack so that your belongings aren’t so easily snatched?

Be Aware of Your Surroundings

While some social media influencers will have you believing Downtown is a fairytale land of make-believe where the flowers grow love and the birdies kindly give you directions in birdie talk, it’s simply not true. In Downtown, you need to keep your eyes peeled, watch your back, and keep it moving.

Instead of listening to pigeons, why not download the Citizen’s App so you can get a better idea of what areas are most affected by crime. Even better, the popular app will inform you of crime in Downtown LA in real-time.

Carry Mace for Self Defense

For many, the thought of physical altercation sends a yellow streak down the spine. Knock out punches, teeth flying through the air, body blows, slaps, and body slams – we’ve seen it all. One time there was this hairy ware wolf looking man roaming around punching women to the ground. That was interesting.

Yet, what if one of those women would have sprayed that growling ware wolf in the eyes, nose and throat with mace? He would have been really howling after that.

Of course, we’re not advocating unprovoked violence but we are standing behind your right to defend yourself.

We’d like to take the time to bring up that hostage situation that happened a few months back. The poor girl was just in the house with the cat when a crazy jumped in and took her hostage at gun point.
Believe it or not, this happens more often than we’d like to mention in Downtown LA.

Somehow despite security, criminals manage to find their way inside of apartment buildings all day and all night only to make surveillance video cameos for all of us to see. All this celebrity fame before either getting away, getting arrested, or getting shot dead by SWAT. Either way, it never ends well. And hostage victims stay traumatized for decades.

Although our first recommendation would be to barricade the door with a couple of steel brackets and a two-by-four (your landlord is gonna love that), you may search the internet for several impenetrable locks that don’t damage the door frame.

In the meantime, keep your doors locked! You may even purchase one of those automatic locking doorknobs. Another tip is to make sure your lobby doors close and lock behind you.

Protect Your Storefront with a Roll-Up Gate

So back in the days when the Historic Core BID was Bringing Back Broadway one of the prerequisites was new leasees had to purchase a steel roll-up grid gate. Guess the point was to allow light to shine through the windows to lighten up the damp dark Broadway corridor. Well, the riots proved that dinky steel fences would eventually succumb to an angry mob. Filmed at eleven.

Yet, for the average lone criminal grid gates and all roll-ups prove to be quite a deterrent. These roll-ups also work well with those determined criminals who spend weeks casing your place.

Unfortunately, these rollup gates are costly, ranging anywhere from $1000-$25,000. Be sure you advocate your property owners install these roll-ups gates immediately to not succumb to this current trend of smash and grab robberies. With the high cost most are charging for rent, they should be able to fork it.

In the meantime, we recommend curtains or paper-covered windows to keep the spontaneous lookie-loo criminals from getting overly excited.

Do Not Leave Your Wingman

While crime is up Downtown, it’s best to practice the buddy system, especially when you’re buying expensive items or going out on a night on the town.

There are all kinds of lions and tigers, oh my, who come to our neighborhood just to take advantage of you, in the places where you may least expect it.

If you get too distracted or need eyes behind your head, it’s best to put two or three heads (or fists) together when dealing with potentially dangerous situations.

Get to Know Your Local Security Guards

If you must go out alone get to know your security guards. There’s almost a bar or apartment building on every block and now that people are coming back to the party most likely you won’t get too far before you can find someone you can count on.

However, remember the security guards, BiDs Patrols and seemingly the police are long gone after 1:30 upon which most crime has been happening lately. It’s those times of the wee morning, depending on where you live, when you may not want to be caught dead on the streets alone.

See a Crime – Snitches get Riches

Yeah, we said it. And sure, maybe the criminals will get back out the day after next but that’s two solid days they won’t be around to terrorize the neighborhood. If you see a crime, don’t be a hero! Videotape it. Call the police… many times there’s a reward for information leading to the capture of a criminal.

Without the risk of sounding like a bunch of addicts, we have to throw this one in there. Party people, we do not judge, yet, beware! There’s a new drug in town called fentanyl and it’s killing people. Last week, the Historic Core lost three of its beloved neighbors to nose beer laced with fentanyl plus.

With the world’s biggest drug store adjacent, we can’t expect everyone to stay sober 24/7 but we do want you to puff puff pass responsibility.

There are plenty of nonprofits Downtown that offer free drug testing kits designed to make sure you end up with a nice clean bag and not in one.

Our old folks do it. And yes, we have old folks. The reason you may not see them as much is because, somewhere between their wisdom and wobbly knees they’ve figured out – the safest place Downtown will always be at home.

No crime, no drama, no Covid. Just the relaxation of cable tv and pharmaceutical commercials with side effects that include your own building’s luxury amenities, complete with security and neighbors who care. Caregivers we mean.