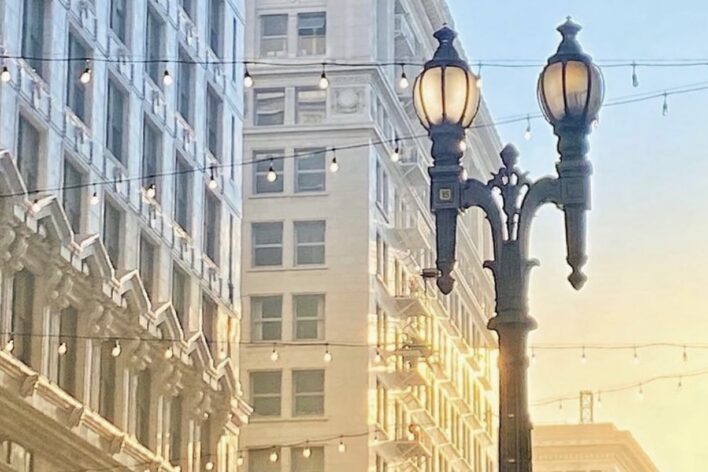 Yesterday morning, local business owners returning to their locations in Historic Core were met with broken windows and stolen cash registers, among other stolen items , thanks to an overnight crime spree that began on Main Street with targets continuing down Spring Street, adding to the list of recent incidents of downtown LA crimes.

News of the latest smash and grab robberies in the Historic Core that have been going on for days came again as plant store/restaurant owner Yuko of Yuko Kitchen posted damage of her broken window on her social media channels.

Among other victims was Pakistani restaurant, Biriyani Kabob House, as the pack of thieves made their way down Spring Street, smashing into windows using the city’s metal manhole covers. Thieves got away with cash registers and whatever other valuables they could find.

Witnesses described the band of multi racial, backpacking-bicycle thieves circling the blocks several times before advancing on their targets.

Video footage from various locations has been sent to the LAPD. Businesses that had a roll-down fences on their windows were not harmed.

Blair Besten, Director of Historic Core Business Improvement District and Member of Measure HHH Citizens Oversight Committee, is well aware of the crime, graffiti, homelessness and mental health issues running rampant in her district. Her agency, designed to improve communities in an urban environment, sent a written plea to local businesses asking owners to keep wooden ply boards handy, stay vigilant, and suggested owners with private security ask their guards to step away from their desk stations to check outside every half an hour, during certain hours of the night stating, “this a huge drag, but we will get through this wave the way we do.”

Police are asking that anyone with information leading to the capture of these criminals please contact the LAPD.