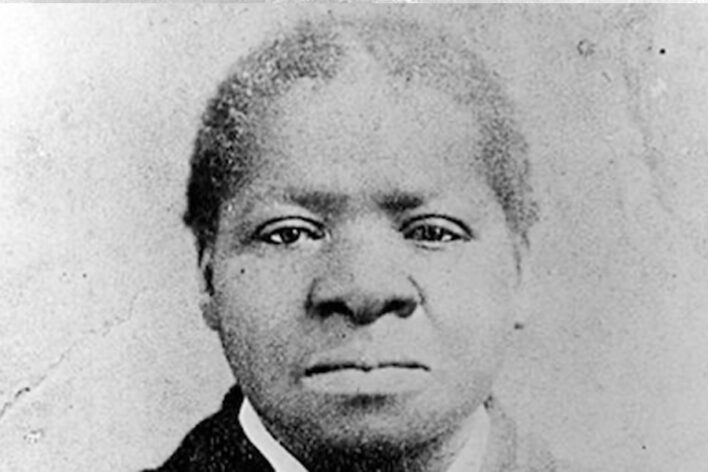 Biddy Mason, like many enslaved people, was sold from plantation to plantation and, as she matures, becomes a strong black woman, known for her knowledge of medicine, child care, livestock, and becomes a notable midwife.

And when we say strong, we mean there are reports she harnessed amazing physical strength.

Yet, with all enslaved people, Biddy’s religion was dictated by her owner Robert Smith. In 1848, she arrived in San Bernardino, California, as part of his Mormon group’s steady move west.

When Smith realized Biddy and her two young children would be free men in California, he wanted to take Biddy to Texas, but Biddy had already formed a solid relationship with two free black men in Los Angeles, Charles Owens and Manuel Pepper, who fought to win her freedom using the newly formed laws in the state of California.

There really was little hope for Biddy as cases in 1856 with slaves fighting for freedom mainly went unresolved. Biddy was not allowed to testify against her former owner as well. But Smith never showed up in court, allowing Biddy to win her freedom by default.

After becoming free, Biddy worked in Los Angeles as a nurse and midwife, delivering hundreds of babies during her career. Her knowledge of herbal remedies put her on the frontline during the smallpox epidemic and made her a hero in Los Angeles.

She amassed a relatively large fortune as a businesswoman, which she shared generously with charities and school children.

Saving carefully, she became one of the first African American women to own land in Downtown. Biddy’s home was at 333 N. Spring in the Historic Core.

In 1872, Biddy donated the land for the First African Methodist Episcopal Church of Los Angeles (First A.M.E. or FAME) and reserved the land she owned in Little Tokyo for the First Pentecostal Church in existence, the Azusa Street Revival, along with houses for black families creating the first all-black street in Los Angeles.

Surprisingly, plenty of unknowing commuters walk the ground locations of Biddy’s churches each day. These places are no longer used for revivals, and crowds no longer visit for Salvation, yet the Biddy Mason Memorial Park at the Broadway Spring Center is a shaded stretch of concrete and civic art spanning from Spring to Broadway. The Azusa Street Revival location was torn down and redeveloped; however, there’s a tree from the era that still bears fruit that remains.

Here’s the exciting part, Biddy spoke fluent Spanish and found out that Biddy and Pio de Jesus Pico were best of friends. However, Biddy Mason who died a woman of means in 1891, is buried in Boyle Heights.