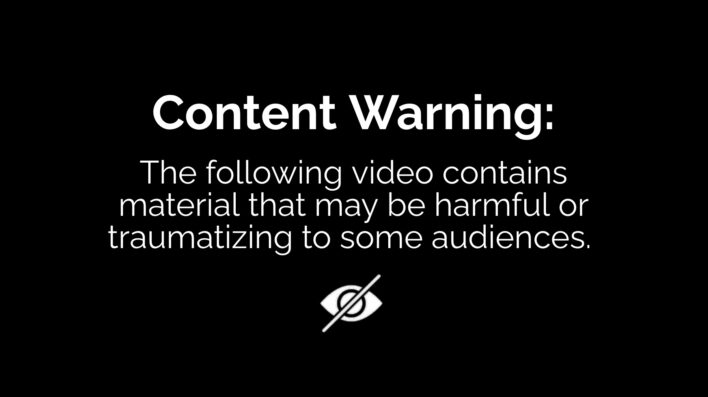 With video now circulating on social media of a security guard repeatedly thrusting a 12-inch knife into two attackers, residents and visitors of the Historic Core are beginning to realize that despite personal and private security, they may not be fully safe in that district.

Now a daily occurrence, each day dawns a shocking new police report from the Historic Core. Whether it be a smash and grab robbery, fierce stabbing or drive by shooting, the list of crimes happening in broad daylight goes on and on including: arson, car break-ins and petty thefts – and it seems neither law enforcement, private security or the Historic Core BID patrols can do anything to stop it.

While pet owners not picking up behind their dogs, vandalism, the occasional jumper, aggressive transient and various smells and noise pollution used to be a thing, (although these troubles still remain), these past few years have made yesterday’s woes seem like a walk in the park.  But how did it get this way?

Let’s start from the beginning.

Back in the earliest days of Los Angeles, the Historic Core became what was known as the “Wall Street of the West”.

Along Spring Street and Main, from 2nd to 9th Streets, iconic buildings were designed by history’s most famed architects, known in their day for their mastery of concrete, wood, steel and marble.

These buildings however, unfit for habitation in modern times, sat idle for decades until contracts with the City converted the upper floors into city offices in the early 80s. Many will tell the tale of leaving the Historic Core in a hurry after work to avoid its transformation into a drug ridden “ghost town” after dark.

In the early 2000s, the city passed the Adapt & Re-use ordinance allowing developers to convert the city offices into loft dwellings for prospective tenants.

Developers invited local artists and galleries to fill their empty ground floor windows with art to liven up the look of the area and create a more inviting, urban vibe. For a long time many of these local artists lived rent free or pretty close to it.

The newly refurbished lofts were nothing less than magnificent at the time. Exposed brick, high ceilings, concrete or vintage wooden floors, these apartments came with the urban freedoms to have as many guests and parties as the creative tenants could invite. The only catch – the artists had to deal with the local transients which found refuge on each corner and in nearby Skid Row.

It wasn’t a problem. Artists in Residence adapted and the unhoused were usually helpful (for a handful of change), creating an symbiotic relationship that would last over two decades.

One after another galleries began to Spring up until a small group of gallery owners began marketing a self-guided art tour, which became known as the Downtown Art Walk.

Never before had so many visitors been given a chance to explore the inside and outside of these legendary architectural wonders. In less than four years, the Downtown Art Walk, with its numerous gallery stops, food trucks, musicians and independent artists became a flip book of creativity bringing tens of thousands and hundreds of thousands of dollars to the district, every second Thursday of the month.

With this new renaissance, developers continued to revitalize the area even further. Soon bars, restaurants, fashion stores and personal care shops would begin to fill the empty spaces.

Yet, the Downtown Artwalk was plagued with problems. As the crowds grew larger, so did police presence. Vandalism, riots, corporate takeovers, negligence and a baby’s death put the Downtown Artwalk on a collision course with disaster. In the end, gallery numbers dwindled from roughly 45 to a mere 6 in less than 2 years and Artwalk became a shell of its former self.

But that was no reason to let a developing district go to waste. Buildings marked Farmer’s and Merchant’s Bank, Banco Popular, Crocker, NCT Lofts and Exchange were impressive enough on the outside, but once held the gambit of gold, paper money and coin of the City’s most affluent in their basements below. Most every building along the Art Walk path came complete with a enormous fail proof safe inviting new bar owners to hallow out and accentuate these historic basements to make room for nightlife. This coupled with dozens of new food choices, the Historic Core quickly became party central for Downtown LA earning it the nickname, Spring Street Strip.

As expected, with more party goers bent on visiting the Historic Core more than one night a month, crime rates jumped to an all new high.

As panhandlers and drug pushers began frequenting the area more often, tenant complaints doubled, this time to include the district’s local convenience stores for allowing loitering and drug deals to take place outside their front doors.

Then came George Floyd and Covid 19.

Long known as a parade path for various marches which led to City Hall, the Historic Core got used to hosting tens of thousands of picketing patrons. Matches, parades, massive bike tours, etc., all lent to the economic development, and although cumbersome, did more good than harm for the local economy.

Unfortunately, in winter 2020, news of an uncontrollable virus that killed within fourteen days had city officials calling for the indefinite closure of all non-essential businesses. Bars, galleries, fancy restaurants, and fashion boutiques just didn’t fall into the essential business category. Residents were asked to stay home to prevent spreading the disease and the Historic Core once again became a ghost town.

After several months of lock downs, television and social media began broadcasting the horrific murder of Minnesota resident George Floyd. Already used to the Historic Core as a place of protest, thousands converged upon its streets weekend after weekend, vandalizing storefronts, breaking windows, starting fires and engaging in violent behavior. Looting and snatching whatever they could find, finally the National Guard was called in to patrol the streets.

In the two years since, the Historic Core has been slowly revitalizing itself. However, according to the 2022 Greater Los Angeles Homeless Count, at least 69,144 people experience homelessness nightly in LA County marking a 4.1% increase in the past two years. Much of these homeless consist of the mentally ill, who roam the Historic day and night. Estranged and deranged, they reek random havoc on the locals and treasured buildings of the Historic Core.

Today, street encounters with the mentally ill, street racing, missing persons, smash and grab robberies, drive by shootings, fentanyl overdoses, violent knife fights, arson, car break-in’s and personal thefts occur on a daily basis. The district even witnessed a sniper shooting, and hostage situation in recent months. Now with police sending out warning after public service warning, and crime statistics rivaling those of a 1980s gangland, the question remains, how will the Historic Core bounce back?

Follow us on social media @dtlaweekly to hear what residents and visitors have to say.