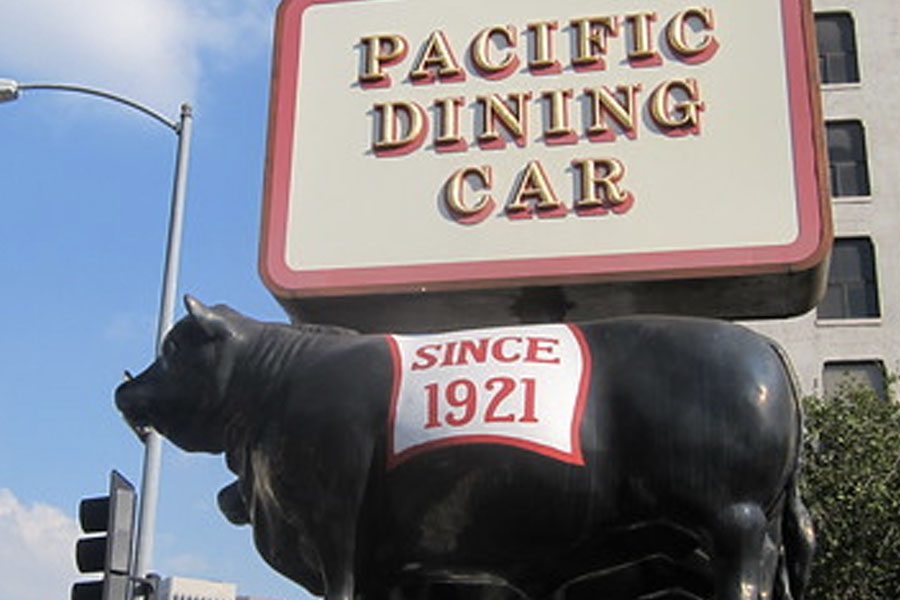 While this whole time, fans were thinking Pacific Dining Car closed because of Covid, members of the Idol family who operated the iconic restaurant in Westlake have expressed to Downtown Weekly that is not the case.

For almost 99 years, Pacific Dining Car was known for its fine dining experience; 24-hour service, immaculate decor and well-prepared cellar-aged steaks. In its glory, the restaurant hosted legends of Hollywood, dignitaries, tourists and local fans eager to partake in a satisfying meal complete with good old fashion style and service.

Although the restaurant closed its dimly lit, white tabletop location at 1310 W. Sixth St. in 2020, there has been a valiant effort to bring the dining destination back and preserve the landmark location as a Historic-Cultural Monument.

It was shortly after the Los Angeles Cultural Heritage Commission hearing on April 7th recommending the HCM status be granted that members of the family decided to come forth with their side of the story, blaming years of family feuding that eventually led to its closing.

After statements read during the hearing by the legal team of the property owner, Tobi Idol, wife of Wes Idol ll and step-mother to Conlee Idol and Wes Idol lll claimed that her husband blamed his son for ruining the family business and being disinherited because of it, Conlee came forward to express her and her brother’s side of the story.

While the world was blaming Covid, Conlee claims it was Toby Idol who dismantled the 99-year-old business when the Idol family trust fell into her hands after the swift and unexpected decline in Wes Idol II’s health, only later to fight against the restoration and nomination while making defamatory statements tarnishing her brother’s name during the hearing.

“The defaming statements that Wes Idol III advanced the nomination for historic designation are untrue. He did not. When we heard about this nomination and people contacted us to voice their support, he was moved and excited to show his support too.

The other defaming statement was that our father was angry with my brother regarding the Pacific Dining Car business and disinherited him as a result. He was not and did not”, stated Conlee.

In actually, a fan of the PDC submitted the application for historic preservation. While Wes ll still owns the Pacific Dining Car business in its current state, which is in flux. There are investors who are passionate about restoring, reviving and re-opening the restaurant as it was.

Conlee and her brother Wes lll proclaim although they did not spark the HCM designation efforts, they support the preservation, restoration and HCM status 100%.

However, without Tobi Idol’s consent to reopen (although it looks like the location will be preserved), the fiber cow that once marked the spot may not be resurrected.

“(Wesley ll) and I do not and never wanted our property to be designated,” Toby Idol said in a statement read to commissioners by her attorney.

Lawyers went on to read…

“He is the person who is apparently advancing this nomination because his father disinherited him for that very reason. Having killed a 100-year family tradition, he’s trying to save a shred of a legacy for himself and his ego.”

Conlee told Downtown Weekly Toby, (from her statement as read by her attorney) proclaimed as to why she closed the restaurant in 2020,

“Wes III has a lot of compassion for Toby, who seems overwhelmed and piqued. However, for the health and wellness of our family and this institution, we feel it’s important not to let the defamatory statements stand unchecked.”

More details as they develop in this family feud that has empty stomaches growling and long-time Downtown fans asking, “Where’s the beef?”