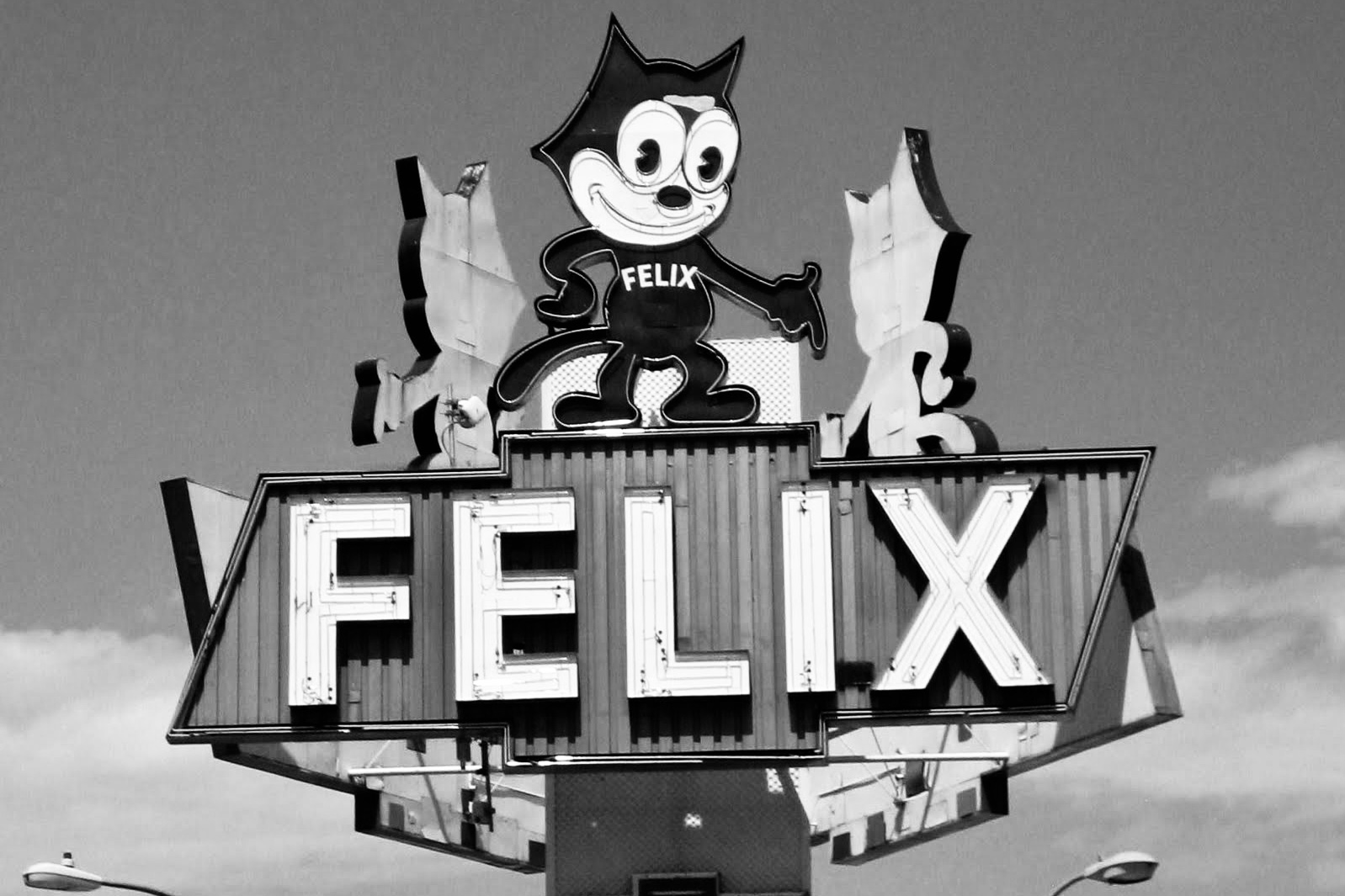 Since the time before seat belts, airbags, toll lanes, and SUVs, most of Los Angeles can remember driving on the Harbor freeway and passing the giant, three-sided sign featuring the iconic cartoon character, Felix the Cat and his great big smile of accomplishments.

Although, we may have been too young to understand the word ‘Chevrolet’ just below him, as children, we just figured Felix Chevrolet was the home of the mischievous black cat with the high pitched voice. So, whenever our parents drove by, it was time for everyone in the car to start singing.

“Felix the cat the wonderful wonderful cat… whenever he gets in a fix, he reaches into his bag of tricks.”

Little did we know we were celebrating one of the most quintessential signs in all of Los Angeles.

Erected in 1958, the vintage neon sign stood unbothered for decades, until facing the possibility of being demolished just fourteen years ago.

What decades of earthquakes, fires, and riots had failed to do, a developing South Park and concerns the sign would hinder any future rebranding attempts by Chevrolet, were reasons enough to allow the destruction of the iconic Spanish Colonial/Streamlined Moderne style building and its magically-fixed ‘Felix the Cat’ sign.

It took local advocates to petition the Cultural Heritage Commission (CHC), a five-member, mayoral-appointed commission that considers and reviews projects that affect more than 1,100 existing historic monuments, to get Felix the Cat out of that fix.

For the record, the location itself will always be historical by every sense of the word. Long before the cat’s neon sign, Winslow B. Felix had established Felix Chevrolet in 1921.

Around the same time, Winslow had met Pat Sullivan one of the creators behind “Felix the Cat”, a cartoon character developed nine years before Mickey Mouse.

Pat and Winslow became close friends, and since Winslow and the Cat had the same name, they decided to cross-market their brands having the dealership promote the Cat and the cartoon character promote the Felix Chevrolet dealership location.

Winslow, a Mexican immigrant, died at just 46, succumbing to injuries he suffered after being trampled by a horse in 1936.

Winslow B. Felix was believed to be the 1st Mexican American to own a dealership in the LA area.

Decades passed, as Felix the Cat went on to become a legend, changing in appearance just as much as the iconic downtown Los Angeles Felix Chevrolet location.

Nickolas Shammas purchased Felix Chevrolet in 1957, around the same time the new freeway system was being built.

He knew that visibility from the 110 Freeway was important so he commissioned a giant, three-sided neon sign to be erected at Felix Chevrolet.

While other dealerships have come and gone, Felix Chevrolet is the oldest auto dealership in Los Angeles.

Offering a rather large selection of new and used Chevrolet cars, trucks and SUVs; The Chevy Camaro, the Corvette, the Impala, the Malibu the Silverado, all as American as zoot suits and apple pie, all lined up for us to choose from, all waiting to be driven by the next generation of freshly unpackaged adults including those attending college just across the road at USC.

With new bus and designated bike lanes, a promising sports/ event stadium, and dozens of other dealerships, Felix Chevrolet has witnessed the refacing of the Figueroa Corridor, yet hearts still go pitter-pat when ever we pass by or visit to our historic neighbors, here at Felix Chevrolet. For more info visit www.FelixChevrolet.com