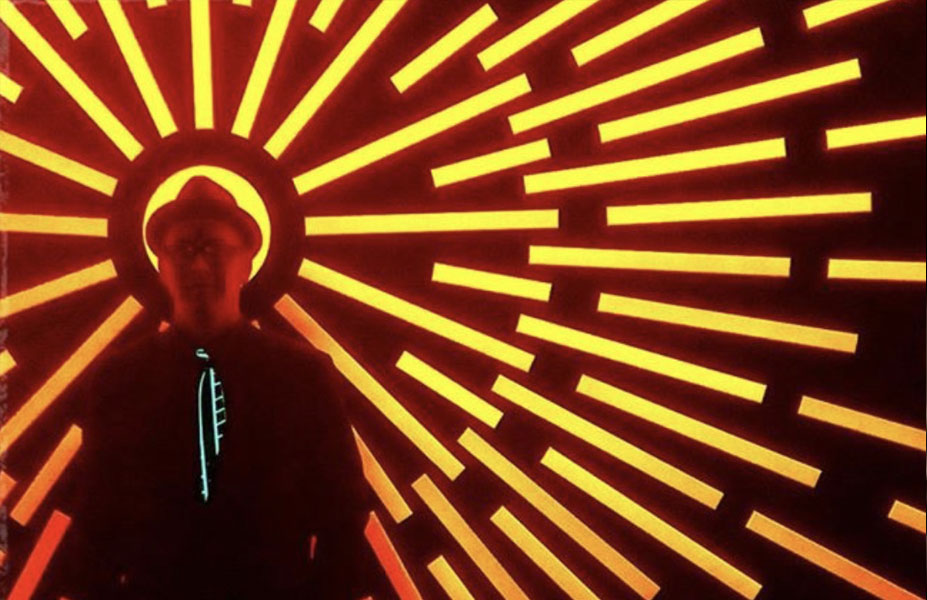 Jerico Woggon’s name is spoken with a rarefied air in the downtown Los Angeles art community. A specialist in site-specific artwork and extravagant party-planning, the Summerland, CA native came to the DTLA Arts District in 2004 with an eye on engaging with a whole new community. But for many like Jerico, some 16 years later and under the current unprecedented conditions, an art scene that once flourished has now ground to a halt, as the COVID-19 pandemic has forced many an artist and patron alike indoors, and in Jerico’s case, to another state altogether.

“I know that I’m taking care of priorities, it’s like, family first,” says Woggon, speaking to DTLA Weekly from his parents’ home in Colorado, where they’ve lived for over 15 years. For the time being, Jerico’s unique style of interactive art has been put on hold, as well as a planned reunion of DTLA artists that was to take place in February, while he takes care of his parents, running errands and looking after them. “I feel like it’s like putting out a fire, or, like, stabilizing a situation. When it’s stabilized, you can then go after what’s next, or work on what’s next.”

It stands to reason that family is of the utmost importance to Woggon. His grandfather, Bill Woggon, was a legendary cartoonist, winning not only several Inkpot Awards, but also an Eisner Award, the comic book equivalent of an Oscar, over the course of his iconic career.

“He always would ask, ‘How’s your art going? What’s your latest thing?’,” Woggon says of his late grandfather, whose crowning achievement was creating the Archie Comics character Katy Keene in 1945. “He made a conscious move in his life [to say], ‘This is my job.’ He was a cartoonist, and he lived the American dream, moved to California from Ohio […] and produced a kick-ass interactive comic book.”

As Jerico emphatically tells tales of Bill Woggon, it’s plain to see just how much the two have in common. For one, just as Bill had followed his artistic virtuosity and headed west to California, so too did Jerico when he moved from Summerland to downtown Los Angeles, albeit under slightly different circumstances.

“A friend of mine actually hit the lottery, his boyfriend was my really good friend, so I was just basically kind of like in the entourage,” he laughs, recounting the odd tale before skipping forward. “A patron of the arts gave me an opportunity to make a move, put it that way. I’d already been to the Burning Man block party, so I knew about the Arts District.”And fittingly, just like his grandfather Bill could have theoretically been inspired to follow the Hollywood sign, Jerico followed a sign of his own.

Once Jerico set up shop in the Arts District, that’s when the second significant commonality between he and granddad crystallizes; just as Katy Keene was interactive, a stark contrast from the norm for the times, so too is Jerico’s signature site-specific artwork. Take, for example, The 4 Seasons, an exhibition at the Bert Green Fine Art gallery, in which seasons shifted in real time over a year-long residency. Such visionary work is startling in its curiosity, but with festivals like Coachella, EDC, and the like being canceled, it’s become increasingly difficult to house such projects, leading to this hiatus.

“Priorities shifted to family and health and well-being, not so much the extra amazing artistic endeavor that [consumers] may have thought of and wanted to spend money on,” says Woggon, whose most recent work was 2018’s The California Dream, a mixed multimedia installation at the Hollywood Sculpture Garden. “It’s going to take a bit for things to come back.”

But it’s obvious that for Jerico Woggon, family comes first, and once things go back to some semblance of normalcy, whenever that may be, his uniquely talented mind will be primed and ready for its next creation. If he has anything to say about it, that planned DTLA Artists Reunion will be first on the list.