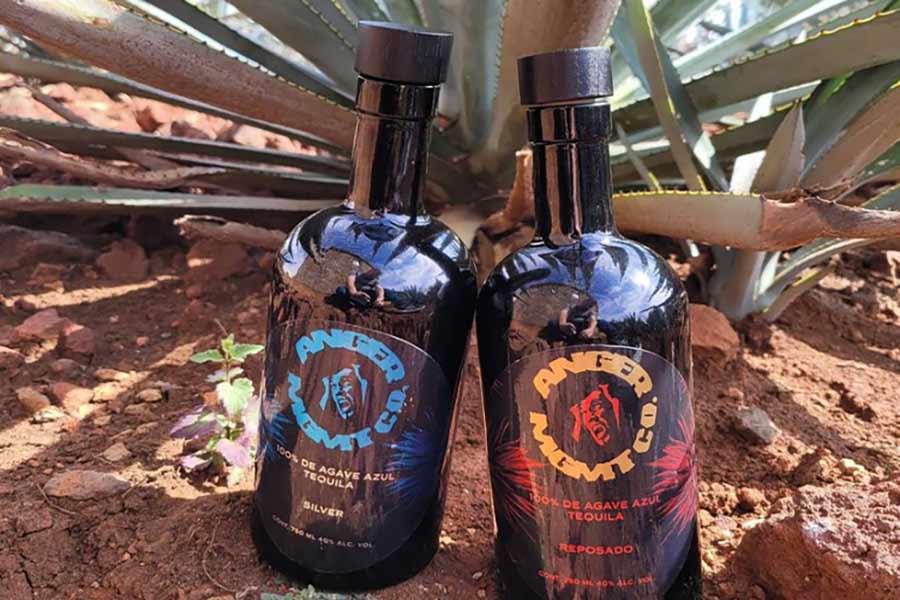 Veteran and President of Anger MNMT Tequila, Chris Cardenas, recommends his tequila for mixing and shots
but not before a quick tasting, noting his tequila is meant to be sipped initially and appreciated for a taste so smooth there’s no salt or lime is needed.

Only two years ago, Cardenas was using GoFund Me to raise the money to release his brand. Soon after, legions of heavy black bottles presenting bold letters circling an angry fellow pulling his hair out would begin making their appearance in local shops around his hometown in Santa Clarita.

This year, the brand took the road for tastings and ranked high among the competition. Recently, AMT won two awards at the San Francisco Spirit Awards; a Bronze Medal and a silver medal for Anger MGMT Silver Tequila.

In between tastings, the company is constantly looking for outlets where they can place their brand. Fans or those looking to explore the quality and taste may order the tequila for home delivery online.

Tequila is only produced inside the Mexican state of Jalisco and in some municipalities in Guanajuato, Michoacan, Nayarit, and Tamaulipas.

About 300 miles away in the City of Pueblo, Mexico, marks the true story behind the origins of Cinco De Mayo. Contrary to popular belief, Cinco de Mayo is not Mexican Independence Day; instead, it commemorates a single battle. The fifth of May, in 1862, when Mexican claimed victory over France at the Battle of Puebla during the Franco-Mexican War.

In the days of old, Mexican soldiers were known to take two precious items to war with them. Their Women and their Tequila!

This year, Anger Management Tequila invites Downtown palates on a journey through history filled with the flavors and aromas of their smooth citric sweetened tequilas honoring blended herbal essences and regional fruits.