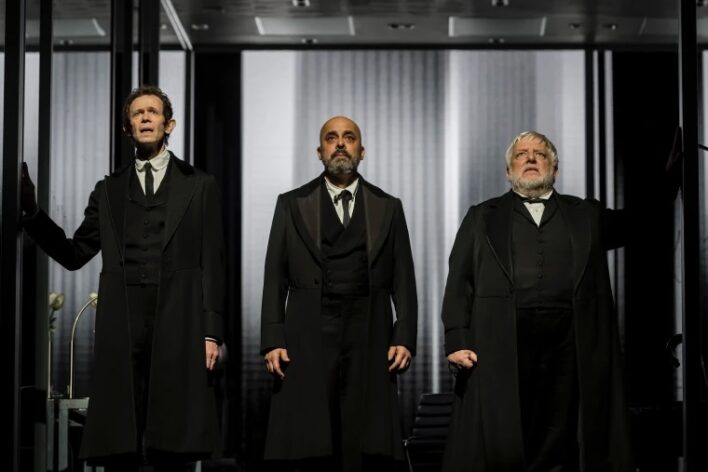 The play is set on a cold September morning in 1844, where a young man from Bavaria and his two Brothers stand on a New York dockside dreaming of a new life in the new world.

Written by Stefano Massini, adapted by Olivier Award-nominated Ben Power and directed by multiple Olivier Award, Academy Award and Tony Award winner Sam Mendes, “The Lehman Trilogy,”  is the story of a family — and a family business — that would transform and, finally, upend the world.

The original London and Broadway cast members Simon Russell Beale and Adam Godley reprise their critically acclaimed performances joined by Broadway company member Howard W. Overshown to complete the cast of three who portray the Lehman brothers, their sons, grandsons and countless others.

“The Lehman Trilogy” has been hailed by The New York Times as “a genuinely epic production” with “superb” performances by Russell Beale and Godley.

Howard W. Overshown joins the cast having understudied the role of Emmanuel Lehman on Broadway.

The Lehman Brothers presented by The National Theatre and Neal Street Productions will run through April 6, 2022.