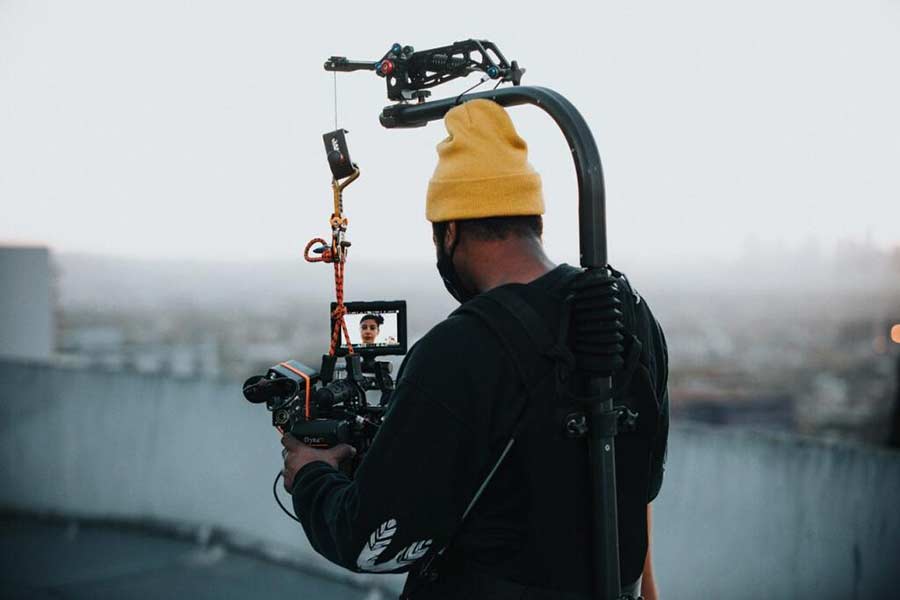 You may or may not know the name Wesley Clouden, but you’ve definitely seen his camera work.

Wesley is the mysterious man behind the camera that has produced video content for Kendrick Lamar, Rihanna, and Jay-Z, Mike Dean, Kayne West, and the list goes on…

Not to mention his impressively large portfolio of commercial media work for various companies.

Yet, despite the considerable success and having such high profile clientele, Wesley prefers to keep things low-key to give himself room to do the work he does with maximum creativity.

Not only does Wesley do some spectacular camera work, but he is humble and down to earth. Wesley claims some of his life’s most significant accomplishments as simply being alive, being a father, being an educator, and helping others.

Of course, you can find a few things here and there about Mr. Clouden with a quick google search, but there’s not much out there.

Wesley chooses to suppress most of the online stuff because he functions better as a ghost for many different creatives and quite a few businesses.

So who is the enigma that is Wesley Clouden?

Well, for starters, Wesley Clouden was born on the tiny Caribbean island nation of Trinidad & Tobago, the land of the hummingbird, Calypso, and Steel Pan.

Wesley’s love of travel and unbridled enthusiasm for his creative work is inspired by his grandfather, Mr. Lesley Clouden. Growing up and traveling widely with his grandfather, he learned a lot about life and art.

According to Wesley, his grandfather was a sharp man who spoke several languages and never had or used a calculator.

“He was just always doing and always helping.”

This dedication to craft and indomitable work ethic in helping others realize their potential sounds familiar to Wesley’s own story as an entrepreneur in tech and media for almost 21 years.

Wesley Clouden is a well-known cinematographer and colorist because of his passion and enthusiasm to create compelling imagery with the camera.

“I don’t do anything that doesn’t make me money. It sounds shallow, but I don’t because I guess that’s just how I am programmed in that format. Most people like that I’m very raw. I’m very direct, and I keep it 100. That’s all I can do.”

These days, Wesley is doing what he does best by staying active in producing media content and keeping things simple for the foreseeable future. He is also currently building out some new brands outside of other brands that he already has established, like his art publication Quiet Lunch and Nappiee Corp Inc.

“I’m building out a new brand; we’re most likely taking on an agency format for all the other hyper creatives that I micromanage in my network daily.”

“For example, I’ve been working with Fhedesh, a local goth musician and performance artist. His work is ridiculous. He doesn’t just do it all, he does it well. We’ve been creating some really cool content and have some epic collaborations in the pipeline. He’s an example of a hyper creative and true visionary in an urban environment.”

When Wesley isn’t traversing the globe or developing new ideas, he is usually in LA doing cinematography for various clients. As an artist, he is allured by the iconic urban grittiness of Downtown LA.

“Downtown LA is pretty cool because I’m a bi-coastal person, so New York, to LA, to Japan, to Trinidad; it’s kind of like transcribing vibes. I like Downtown because of its grit, some of it is good, some of it is bad. I wouldn’t say bad, but questionably interesting.”

Wesley is genuinely a one-of-a-kind individual whose authenticity in his work and private life are an inspiration.

“People just need to be themselves. Keep things simple. Be a little more caring and be honest.”