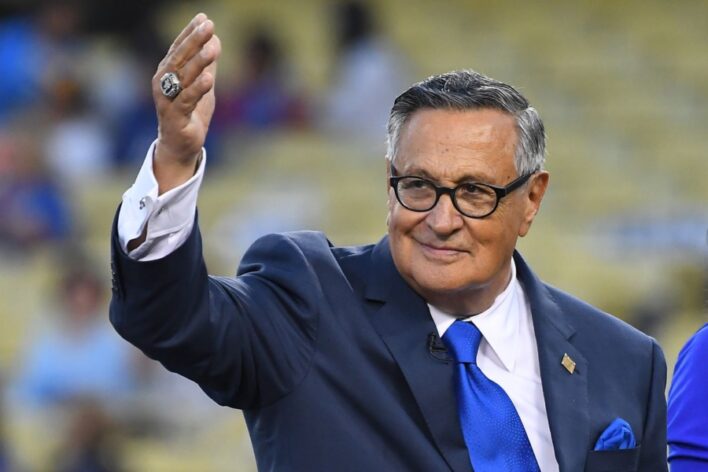 On Saturday, October 1, the Los Angeles Dodgers will honor legendary Hall of Fame Spanish broadcaster Jaime Jarrín with a special celebration – both on and off the field.

The Annual La Gran Fiesta prior to the game against the Colorado Rockies will kick off just after 3:00 p.m.

Dodger alumni, including Steve Yeager, Manny Mota, and Ken Landreaux, will also be in attendance for autographs.

Around 5pm, at the conclusion of the fiesta, Jaime Jarrín will make a special on-stage appearance to reflect on his 64 seasons with the Dodgers, his signature home run call (se va, se va, se va) and what Dodger fans mean to him.

Both events are part of the organization’s on-going celebration of Hispanic Heritage Month, presented by UCLA Health.

The first 40,000 fans in attendance will also receive a commemorative Jaime Jarrín pin, presented by Budweiser. Jarrín first started broadcasting Dodger games in Spanish in 1959 and this upcoming homestand will mark the final regular season games in his illustrious career.