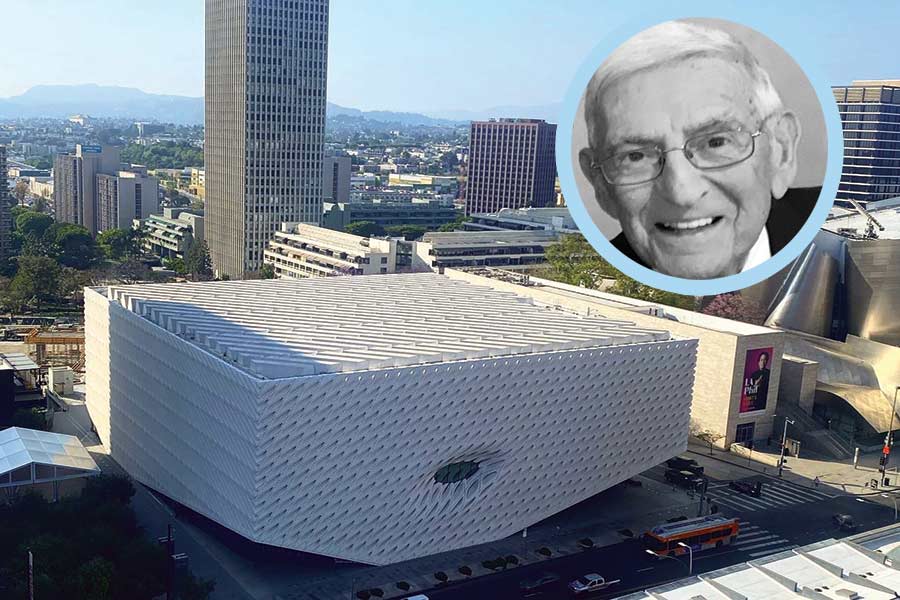 Reopening May 26th, Broad Museum on Bunker Hill will be inviting the world to experience new installations including those featuring Jean-Michel Basquiat, Roy Lichtenstein, Kara Walker, and Andy Warhol. Still, the reopening is bittersweet as the news hits of the recent passing of the museum’s founder, billionaire entrepreneur and philanthropist Eli Broad.

Broad and his wife Edye have committed more than $5 billion in support of public education, scientific and medical research, and the visual and performing arts.

“Eli Broad, simply put, was L.A.’s most influential private citizen of his generation,” Los Angeles Mayor Eric Garcetti wrote on Twitter. “He loved this city as deeply as anyone I have ever known. He was a dreamer, often seeing things that others didn’t or couldn’t.”

Donating over $1 billion to arts and culture institutions in Los Angeles, Eli Broad co-founded The Broad Museum and stood as founding chairman and life trustee of the Museum of Contemporary Art (MOCA). Broad was a major donor to the Los Angeles County Museum of Art, the LA Opera and The Broad Stage.

A Democrat, Broad went to bat as a major donor to the Democratic National Convention Broad.

Eli Broad was also found of the Downtown Artwalk once giving generously to many participating galleries during Artwalk’s heyday. Eli Broad is survived by his wife Edye and his two sons, Jeffrey and Gary.

“Mr. Broad shaped our Bunkerhill community and made us proud of the “museum” in our name.  Rest in the name of art  sir”- Museum Tower Apts