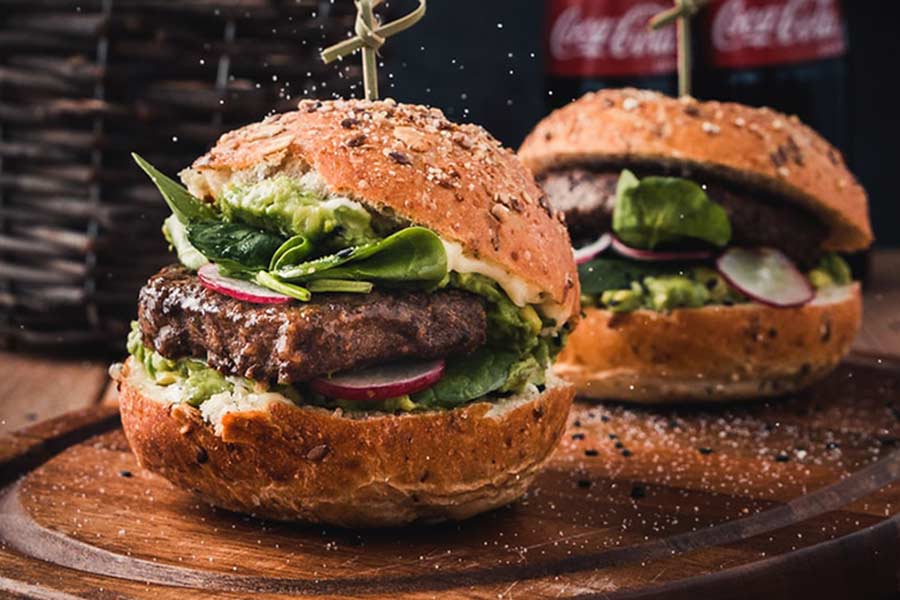 It has been a little over a week since Downtown Weekly first broke the news of a former Belcampo Santa Monica employee, Evan Reiner, who took to social media to expose the butcher shop/restaurant.

Belcampo, known for selling and preparing high-quality, organic grass-fed beef, according to Reiner, was now pawning off lower quality brands of meat that were corn-fed at higher grass-fed prices.

Evan Reiner reached out to multiple media outlets with some strong words in what seemed like a desperate attempt mixed with years of frustration to gain attention.

DTLA Weekly wanted answers. We didn’t want to falsely accuse our beloved Belcampo, which can also be found inside Grand Central Market

unless we were certain Reiner’s allegations were true.

When we reached out to Reiner, we obtained two copies of his paycheck stubs and the young butcher’s last check dated May 22nd.

In a moment of “cancel culture panic,” Belcampo representative Anya Fernald began reaching out to news media outlets and on social media with what looked like personal, almost teary-eyed apologies.

Fernald claimed the mishap was an isolated innocent, possibly brought on by Covid, or the fault of employees who had somehow gone against Belcampo policy. Fernald ended her public statements by ensuring the public “Cowgate” would be highly investigated internally by the company’s heads.

But it was too late; Reiner denied ever ordering meat from questionable sources while working in the Belcampo DTLA location and released information out of what he claimed was the goodness of his heart, stating he thought “people should know.”

After reading over public comments, the people of DTLA were genuinely shocked, with many expressing unreconcilable feelings of mistrust and betrayal.

Soon, the Santa Monica Sun and, most recently, LA Eater picked up where our original story left off, only to further damage the reputation and expose Belcampo’s misleading menus, including the possibility of fraud from our own beloved Belcampo in Downtown LA.

The Cancel Culture Storm Will Move On.

What will become of Belcampo and Downtown after the storm moves from above our heads off to drench and strike lightning under the control of the next, “canceling culture” hurricane?

We’re betting the animals, especially those who ended up on a plate via Belcampo, probably didn’t care what they were being fed by the time they had reached the slaughterhouse.

Fed well, or at least organic, then chopped in to little pieces and sent hundreds of miles across the country; the 29 million cows we consume each year have put some of us on to a crash course to disease.

In the meantime, scientists stay busy coming up with lab-grown alternatives in what seems like a frantic attempt to save the planet from the effects of the carnivorous industry.

And then there was the drama.

The constant clash of animal rights groups, advocates, and of course, those pesky, relentless vegans ready to take on the world of meat-eaters bent on chewing, shaving, chopping, shooting, hooking, bashing, slicing, and electrifying any animal they could add to a recipe.

It was true, like it or not, the meat industry had taken a toll one way or the other on everyone’s spirit, and the new Belcampo drama may have just been the tri-tip of the iceberg.

We’re not saying we’ll ever go vegan, vegan, vegan, although we’re not entirely against it. We’re just saying, maybe it’s time to take a short break.

Nothing major. We are not trying to force anybody or tell anyone how to live their lives or even what to eat. We suggest that our community lead the way by taking a small interruption in the form of an annual two-day event coming soon, known as (DTLA) Vegan Weekend.

For two days in June, DTLA Weekly will be presenting DTLA Vegan Weekend.

To Celebrate Our Good Intentions as we explore new flavors and alternatives to eating animals while supporting local businesses.

To pay homage to all the animals we eat each year and those we may have yet to eat, throughout our lifetimes.

To have some fun! And, who knows? We may actually change some lives.

That means; no cheese, no dairy, no animal skins, no beeswax, and of course, no meat. And we’re asking them to take to social media to tell the world about their experiences.

There are those among us who can complete the challenge and help bring attention to the cause while helping to promote local business. These brave VEEGEND WARRIORS will have a chance to win prizes from dozens of participating local companies, including one of a dozen “DTLA Starter Packs” loaded with free giveaways and vegan delights.

AND a chance to become “DTLA Vegan of the Year.”

To be clear, we understand, eating vegan for some will be an enormous task.

The entire summer solstice weekend includes reopening long-shuttered DTLA bars, two wine tastings, a marathon, and a bike race. The Vegan Weekend Event also occurs during one of the most anticipated BBQ weekends of the summer, the African American Juneteenth Celebration. (Not, to say there isn’t any vegan soul food, because of course there is, but turning your back on well-seasoned BBQ and potato salad?