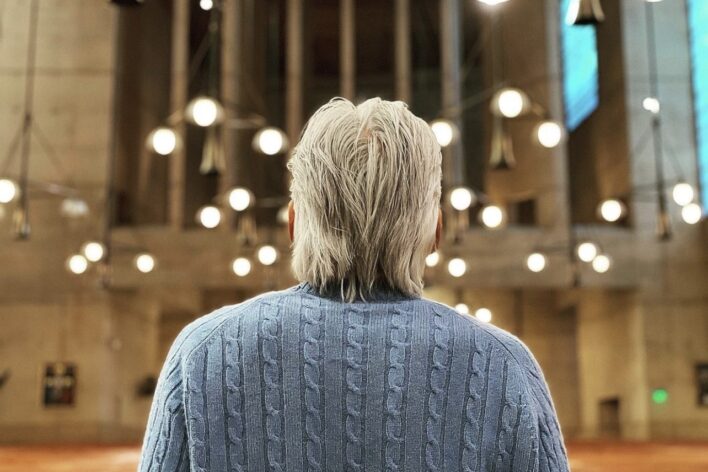 Returning its rightful place as one of the best theaters in Los Angeles, the theater season gets going in March when the company partners with the Los Angeles City College Theatre Academy on a production of Melancholia as part of the IMPACT initiative. Devised and collectively written by members of the Latino Theater Lab in 2007, this highly theatrical, Iraq war-themed work featuring music, dance and stylized choreography premiered at The Los Angeles Theatre Center in 2007 under the direction of José Luis Valenzuela before traveling to the Edinburgh Fringe Festival, then was revived in 2013 by the Latino Theater Company.

Now, with Valenzuela again at the helm, LACC drama students take on this unique exploration of the life of a young marine who, upon his return from the Iraq War, finds himself struggling to reconnect in a world that no longer makes sense. (March 24 through April 2 at the Caminito Theatre on the campus of Los Angeles City College.)

The first of four new, original works in the season will open on May 6. The world premiere of SHE, an award-winning coming-of-age drama by Los Angeles-based playwright Marlow Wyatt, is set in the 1970s. Growing up in a small town filled with poverty and neglect, 13-year-old SHE escapes by re-imagining her reality through poetry. Her dreams take flight when she is presented with the opportunity to attend the prestigious Vanguard Academy. Forced to make her own way, she soon discovers that dreams cost… and you don’t always pay with money. (Previews April 27 through May 5; opens May 6, with performances through June 5 in the Lupe Ontiveros Cinema Center at The Los Angeles Theatre Center.)

May 27 will see the world premiere of Sleep with the Angels, a poignant new comedy with a dollop of magical realism from Latino Theater Company resident playwright Evelina Fernández. Molly has just separated from her husband and is in desperate need of a childcare provider. Juana seems perfect for the job, and soon Molly and her kids are swept up into Juana’s magical and charming ways. But exactly who is Juana, really? (Previews May 18 through May 26; opens May 27, with performances through June 26 in the Tom Bradley Theater at The Los Angeles Theatre Center.)

In June, Spain’s celebrated Kulunka Teatro returns to the Los Angeles Theatre Center for two weeks with André & Dorine, a poignant depiction of love and aging disrupted by Alzheimer’s. If you missed this Los Angeles Drama Critics Circle award-winning production on its previous visits to L.A., here’s your chance. The story of an elderly couple — André with his typewriter, Dorine with her cello — and how they relive and reinvent their love together as the disease becomes a permanent part of their relationship is a one-of-a-kind must-see. (Presented by the Latino Theater Company, June 8 through June 19 in the Lupe Ontiveros Cinema Center at The Los Angeles Theatre Center.)

Fall brings the West Coast premiere of (Un)Documents, in which award-winning actor and poet Jesús I. Valles takes us on a journey across both sides of a river with two names. Moving between languages to find their place in a nation that demands sacrifice at the altar of citizenship, they create a new kind of documentation written with anger, fierce love and the knowledge that what makes us human can never be captured on a government questionnaire. (Un)Documents is a multiple B. Iden Payne Award winner for outstanding actor in a drama (Valles), outstanding director of a drama (Rudy Ramirez) and outstanding original script. (Previews October 12 and 13; opens October 14, with performances through November 20 in the Lupe Ontiveros Cinema Center at The Los Angeles Theatre Center.)

Inspired by the classic movie of a similar name, the world premiere of Whittier Boulevard is an original, Latino Theater Company ensemble-devised work that employs the troupe’s trademark blend of comedy, drama, music, dance and theatrical magic. In 2042 Los Angeles, years of fires, torrential rain, anarchy and bloodshed have led to a totalitarian city-state where the elderly disappear, their stories forgotten. On the eve of her 75th birthday, faded Chicana starlet Veronica Del Rio enlists the help of her loud-mouth nurse, a kind-hearted policeman fan, and a down-on-his-luck poet. Will Veronica find love before it’s too late? (Fall dates TBA)

The world premiere of Desert Stories for Lost Girls, a dark comedy steeped in mysticism by Lily Rushing, will be presented in collaboration with Native Voices at the Autry. Do you believe your ancestors walk with you? When 18-year old Carrie moves in with her grandmother, Rosa, she is thrown into a world of memory and mystery that unearths her family’s story and identity—shining a light on a dark and bloody period in the history of the American Southwest. (Fall dates TBA)

On December 2 and 3, Latino Theater Company returns to downtown L.A.’s Cathedral of Our Lady of the Angels with La Virgen de Guadalupe, Dios Inantzin, the company’s signature holiday pageant that has been a  Los Angeles holiday tradition since 2002. Join the tens of thousands who have become transfixed by the story of Juan Diego, a simple peasant to whom the Virgin Mary appeared on four occasions in the mountains of Tepeyac near Mexico City in 1531. Starring Esperanza America as the Virgin and Sal Lopez as Juan Diego, the cast features over 100 actors, singers and indigenous Aztec dancers as well as children and seniors from the community. The City’s largest theatrical holiday pageant, La Virgen has been covered by The New York Times, Los Angeles Times, Los Angeles HOY,Univision and Fox News among many others.