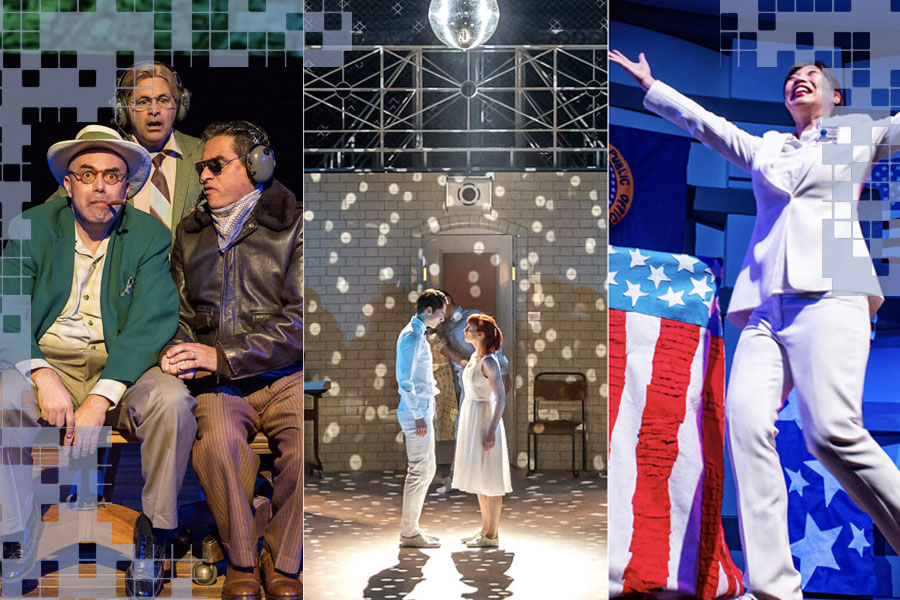 Presented on Center Theatre Group’s Digital Stage in Partnership With The Getty All Three Readings in “The Greek Trilogy of Luis Alfaro” Are Available On Demand Until January 20, 2021

The multicamera, virtually produced reading of Luis Alfaro’s “Mojada” premieres Friday, November 20 and “Electricidad” premieres Sunday, November 22, both at 5 p.m. Pacific. Along with “Oedipus El Rey,” these modern adaptations of Greek tragedies complete “The Greek Trilogy of Luis Alfaro” which is presented on Center Theatre Group’s Digital Stage in partnership with The Getty. Each reading is free to the public and will be available on demand until January 20, 2021. For more information or to watch the readings, please visit www.centertheatregroup.org/digitalstage/digital-stage/luis-alfaros-trilogy/.

After a harrowing journey across the Mexican–American border, the couple has made it safely to the States, where they can work toward a better life for their family. While Jason is convinced the future looks bright, Medea fears a darker fate as they face the challenges of living without documentation. Luis Alfaro’s “Mojada” blends Euripides’ classic with Mexican folklore to examine the tragedy behind America’s immigration system and the destiny of one family caught in its grip. Medea and Jason have escaped the worst.

Luis Alfaro’s “Electricidad” transports Sophocles’ “Electra” to the Los Angeles barrios, to explore violence, loss and redemption through the lens of this age-old tragedy. In the days following the murder of her father by her mother, Electricidad is committed to vengeance. To get it, she’ll need her brother, Orestes, to return from Las Vegas and help her finish the job. “Electricidad” was previously produced at the Mark Taper Forum in 2005.

Produced as part of Center Theatre Group’s Live from the KDT, “The Greek Trilogy of Luis Alfaro” transplants themes of the ancient Greek tragedies into the streets of Los Angeles, giving voice to the concerns of the Chicanx and wider Latinx communities. From performances around the world including celebrated runs at the Mark Taper Forum, Public Theater, Getty Villa and Oregon Shakespeare Festival, Alfaro’s electric adaptations question the role that citizens and community play in social issues facing us all today. All three readings are performed in English with Spanish captioning available.

Luis Alfaro is a Chicano writer known for his work in poetry, theatre, short stories, performance and journalism. Luis spent six seasons as the Playwright-in-Residence at the Oregon Shakespeare Festival from 2013–2019. He was a member of the Playwright’s Ensemble at Chicago’s Victory Gardens Theatre from 2013–2020. Luis is the recipient of a MacArthur Foundation Fellowship. He was recently awarded the PEN America/Laura Pels International Foundation Theater Award for a Master Dramatist, the United States Artist Fellowship and the Ford Foundation’s Art of Change Fellowship. His plays and performances include “Electricidad,” “Oedipus El Rey,” “Mojada,” “Delano” and “Body of Faith.” Luis spent over two decades in the Los Angeles poetry community and toured for ten years as a performance artist. He is a tenured professor at USC. His play anthology, “The Greek Trilogy of Luis Alfaro,” was just released from Methuen Press. Luis was a participant in Center Theatre Group’s 2018/19 L.A. Writers’ Workshop and is a member of the newly formed CTG Creative Collective, a dozen inspiring, innovative and highly collaborative artists shaping the contours of the theatrical landscape of the future.

Bank of America is Center Theatre Group’s 2020/2021 Season Sponsor, including Digital Stage programming. For more than 20 years, Bank of America has partnered with Center Theatre Group to provide innovative Education and Community Partnerships programs as well as present world-class productions at the Ahmanson Theatre and Mark Taper Forum. Their generous support now extends online to the Digital Stage.

Center Theatre Group, one of the nation’s preeminent arts and cultural organizations, is Los Angeles’ leading nonprofit theatre company, which, under the leadership of Artistic Director Michael Ritchie, Managing Director / CEO Meghan Pressman and Producing Director Douglas C. Baker, programs seasons at the 736-seat Mark Taper Forum and 1600 to 2100-seat Ahmanson Theatre at The Music Center in Downtown Los Angeles, and the 317-seat Kirk Douglas Theatre in Culver City. In addition to presenting and producing the broadest range of theatrical entertainment in the country, Center Theatre Group is one of the nation’s leading producers of ambitious new works through commissions and world premiere productions and a leader in interactive community engagement and education programs that reach across generations, demographics and circumstance to serve Los Angeles.