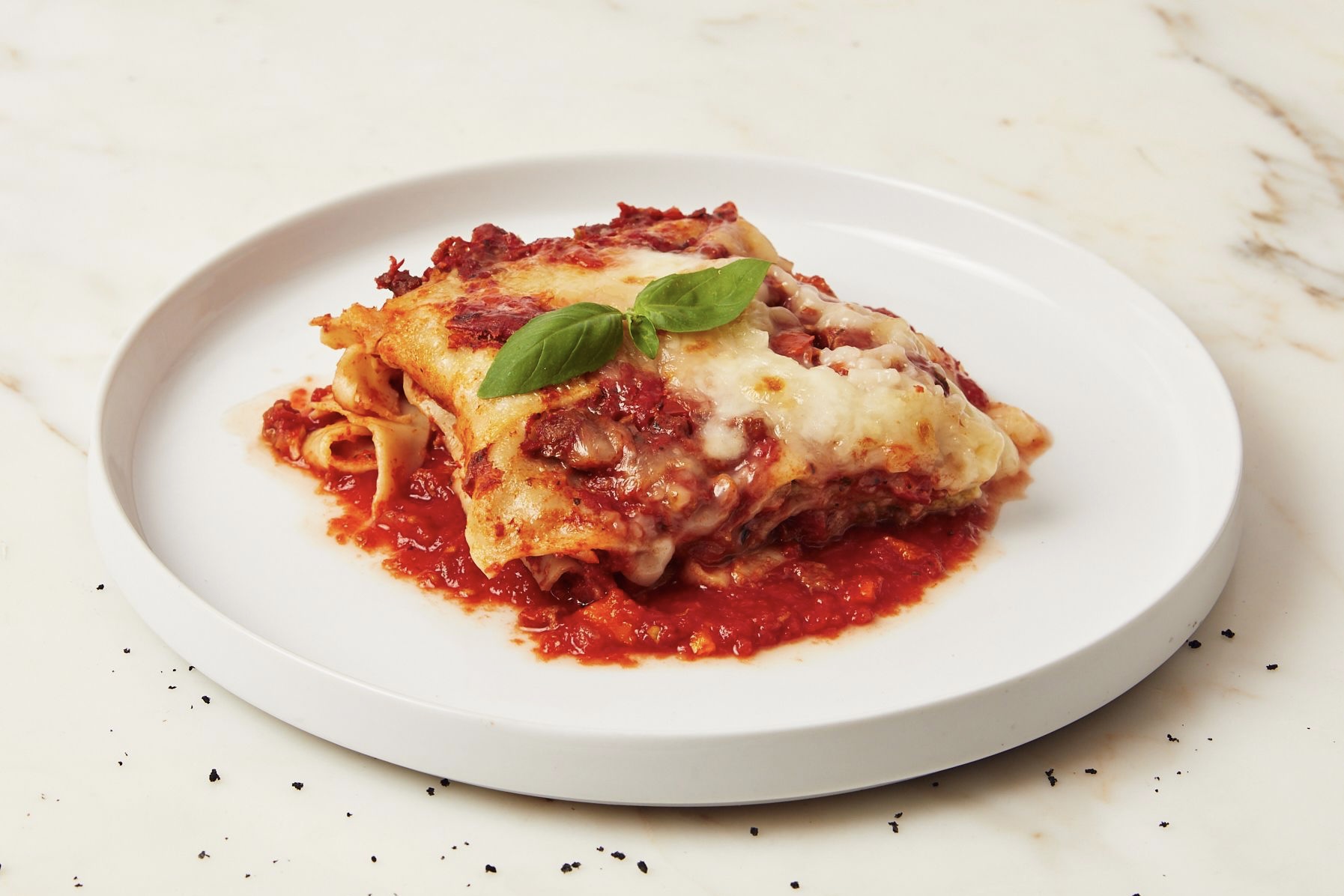 Richard Klein, a sought-after brand strategist, and a committed advocate for promoting global equality. Klein was the founder of Surface Magazine, where he held the roles of Publisher, Creative Director and CEO, and he is currently a Partner and the Creative Director at Exquisite Corp.

Vegan Sunday Supper is a project of passion for Klein who transitioned to a plant-based diet 15 years ago when he found himself constantly trying to recreate delicious vegan versions of the dishes he loved growing up, including Lasagna.

Klein sought the help of Italian American Chef Vincent Giovanni to mastermind the recipe; and to create the finest and freshest plant-based lasagna noodles, Downtown’s own Executive Chef Celestino Drago.

The Lasagna’s final added pinch of flavor came from Celebrity Vegan Chef Angela Lowe who has cooked for some of Hollywood’s top tastemakers and is known for her innovative vegan cooking and her award-winning vegan cheeses.

This Lasagna is a completely new take on the traditional sausage recipe, with sweet peppers and vegan cheeses, with a secret ingredient, Pulled Oats®.

It reportedly tastes just like meat, but is 100% plant-based, of course.

Vegan Sunday Supper can be delivered anywhere Nationwide. 25% of the profits from will go directly toward benefitting and funding Support + Feed, a non-profit organization created to help fight hunger and climate change one meal at a time.