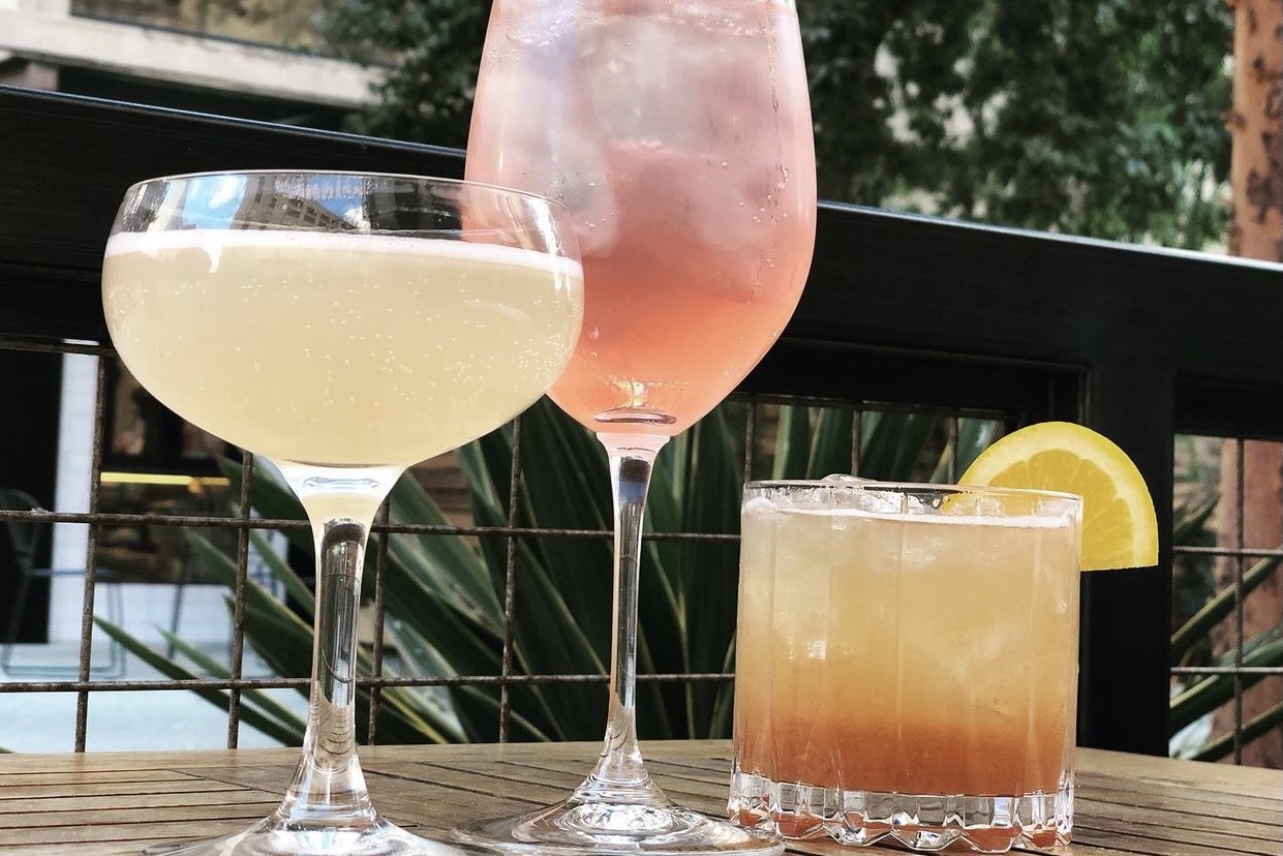 For those who may believe that we’re a bunch of entitled urban dwellers, tucked away high above the city inside our posh lofts, basking in our luxury building amenities that make it irrelevant even to go outdoors, they are only half right.

The other half of us enjoy the Great Outdoors in DTLA thanks to the many wondrous outdoor events that offer us fresh air, plenty of space, food and beverage, music, and a sense of community.

Here’s a short list of places where we can Do The Most outdoors this week with family, friends and coworkers while visiting Downtown Los Angeles.

1. Stock Up at Vegan Depot

Every once in a while, a pop-up will come along with the ability to change your life.

It’s time to hang out every Thursday in the Arts District with yoga, sound baths, music, activities, and a long list of seasoned, vegan vendors – all in one place.

Nighttime is the right time at Vegan Depot, as the festivities continue under the stars with live D.J.s, tons of positive people and good old craft beer.

For vegans everywhere, having the largest vegan farmer’s market in a major metropolis means finally coming out of obscurity and taking their place as valued members of our community existing for a worthy cause.

This vegan depot is a one-stop shop.

For future DTLA Vegan’s looking for a way into the vegan lifestyle, picking up vegan supplies at the Vegan Depot is easy, affordable, and convenient.

Thanks to Vegan Depot; there are now more than enough delicious vegan options Downtown each week to sustain yourself as a courageous DTLA Vegan @vegandepot_dtla

2. TGIF All Summer at RowDTLA

TGIF at Downtown LA’s favorite concrete lifestyle mall. This Summer, every other Friday from July 2 through August 27 – retailers at RowDTLA will stay open late to offer special promotions to visitors until 9pm.

Rings of light surround the giant oak that marks the spot where tables of Rappahannock oysters and bottles of Rose can be found together basking in the moonlight.

What do you call a super buffet offering a variety of foods and dishes, so large it takes up a whole city block?

That’s right, Smorgasburg LA is Open and Back in Action.

Every Sunday 10am-4pm, we do enjoy DTLAs free and friendly beer and food paradise. So much so we are wiling to stand in line under the hot sun up to an hour in support of our favorite Smorgasburg booths.

About the only thing we don’t do at Smorgasburg is pets. So, bring a doggy bag.

Avocado Ale is BACK at Angel City Brew, celebrating the 9th-year release of their avocado-infused brew and all-new GuAvacado Ale, two crisp and refreshing Kolsch-style ales.

Which foods taste best with avocado, music, and fun games? DTLA will soon find out as we celebrate all things grown here in California with select vendors and savory food items brought in by mobile kitchens.

All Hail the Ale

GuAvocado Ale still has the same kölsch-style attributes with the subtle flavors of lime, cilantro, and avocados but with an added tropical guava fruitiness that’s so appropriate for summer sipping.

After years spent fortifying the urban dance scene in Los Angeles, Azul seems to have pledged to bring the funk!

The fantastic water bed that once separated the audience from the main stage featuring world-renown bands of musicians is replaced now with a more playful grassy knoll, perfect for picnic blankets and light bites.

Concrete stairs wide enough for reserved seating lead the way to the top of the amphitheater for a view as crisp as the new sound system.

Up to 7000 people can attend Grand Perfs, and there are 350 amphitheater seats. Yet again, they don’t do any pets or outside alcoholic beverages and persuade visitors to support the local venues, including an on-site bar.

August 7 begins a new lineup of special guest D.J.s and live hip-hop performances backed by the smooth electronic soundscapes and moody textures that set contemporary music lovers on a vibe of peace and oneness.

Summer SoundWaves will feature two affordable and family-friendly concert performances, offering the sounds of an Angeleno summer and ranging from the musical fusions of Afro-Mexican rhythms to pulsating electronic dance beats.

The second event, “A Night with Juke Bounce Werk” (September 4, 2021), concludes Summer SoundWaves with featured guest JLin and a host of D.J.s, including D.J. Clent and DJ SWISHA, dropping House beats at The Music Center.

Tickets are $20 per person for individuals ages 12 and older.

“One of our key goals in renovating Jerry Moss Plaza at The Music Center in 2019 was to amplify the fun potential of a wide-open, welcoming space with dance and music performances that would appeal to the diverse and limitless entertainment tastes of Angelenos,” said Rachel Moore, president, and CEO of The Music Center.

DTLA what are you doing this summer?