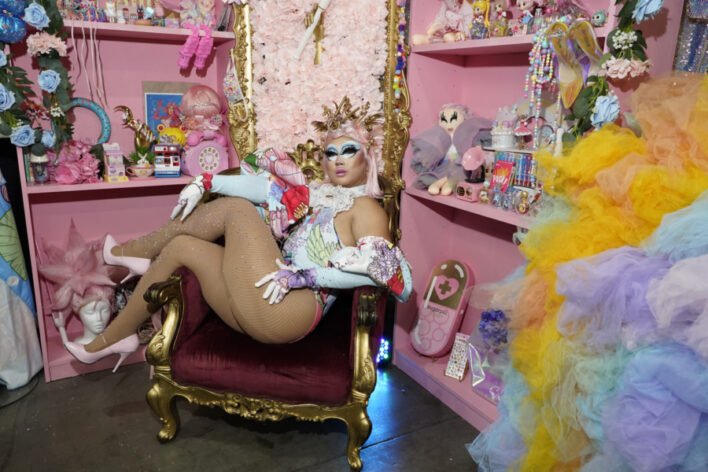 Presented by RuPaul and World of Wonder Productions, RuPaul’s DragCon LA brought charisma, uniqueness, nerve, and talent to Downtown LA for the fiercest DragCon yet.

The three-day RuPaul’s DragCon LA is the world’s largest all-ages and family-friendly celebration of drag, featuring vendors, exhibitors, panel, and Q&A sessions hidden within a labyrinth of convention hall displays, including an entire recreation and immersive Golden Girls kitchen set, with legendary Queens dressed as Rose, Blanche, Dorothy and Sophia.

“The return of DragCon LA exceeded my wildest expectations. To our dazzling queens, our amazing vendors, and each and every one of our beautiful attendees, thank you for 3 dragalicious days of love, light and laughter.

Completing the ribbon-cutting ceremony were the Queens of RuPaul’s Drag Race All Stars Season 7. RuPaul arrived and took to the Dj booth while the crowds enjoyed the official launch of House of Love cock and mocktails. World of Wonder co-founders Fenton Bailey & Randy Barbato were seen posing at the WOW booth.

Said World of Wonder co-founders Fenton Bailey and Randy Barbato: “At this time in our herstory where we have spent so many months isolated from one another, we are especially delighted to bring our tribe together again to celebrate life and love at RuPaul’s DragCon LA 2022. Drag is the resistance!”